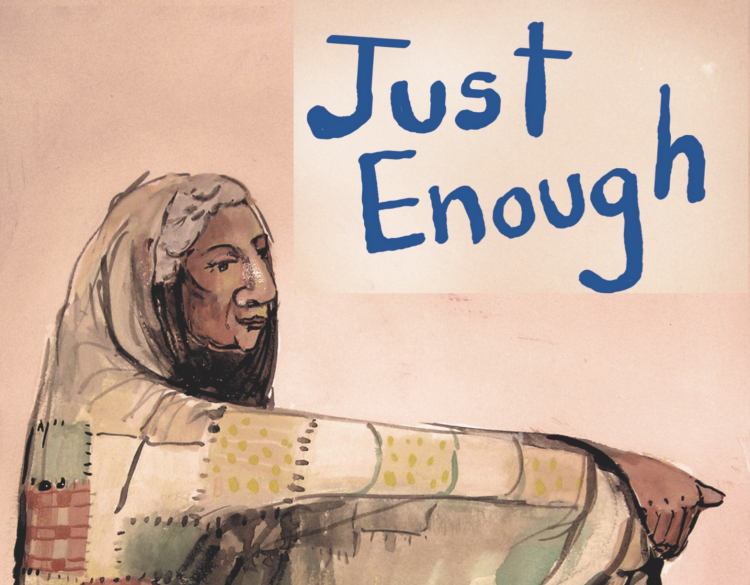 Recommended for parents and their kids aged 2-10; children must be accompanied by an adult. Please note that Fletcher’s Café will be closed during this event.

Inspired by the Museum’s current exhibition Zei Gezunt // Porte-toi bien // Keep Well, the afternoon will celebrate the ingenuity of our grandparents, the things we learn from them, and creating something from (almost) nothing! Join us for the fun and heartfelt puppet show Just Enough, followed by a special craft activity led by the Museum’s staff!

*Special group price for 4 guests of any age: $25 (just select “Other” on the ticketing page)*

Come experience Maggie’s repurposed Yiddish folktale about beloved objects finding new life! Her puppet show tells the tale of a grandmother who makes a quilt from materials she has collected over the years, and gives it to her granddaughter. With each piece a memory is shared. Although she may not have much, she will always have ‘just enough’ for a great story!

Just Enough is based on a traditional Yiddish folktale and has since spread, transformed, and been retold in many cultures around the world. Just enough gives a whole new spin to the notion of recycling, as beloved objects find new uses, while also celebrating family ties and passing down memories between grandparents and grandkids.

Be prepared to bring some of your favourite animals to life in our crafting corner! Join us as we re-use recycled household items to make finger puppets for you to bring home and tell your own stories with! Craft supplies are included in the ticket price, please note that all children must be accompanied by a guardian.

About Maggie Winston:
Maggie Winston is a puppeteer and community engaged artist who facilitates transformative creative processes with an emphasis on inclusion and imagination. She is the founder of Montreal and Vancouver based Lost & Found Puppet Co. (2007). Originally from Baltimore, Maggie graduated from Carver Centre for Arts and Technology, received a BA in Performance/Puppetry at Sarah Lawrence College, and trained at British American Drama Academy. She received clown training at Fantastic Space Enterprises (BC, Canada), and received Vancouver Mayor’s Arts Award- Emerging Artist in Community Arts (2010). Using puppetry, an interdisciplinary art form, communities create original performances that reflect salient topics. She has been an artist in residence through programs with ArtStarts BC, Vancouver Biennale, Vancouver School Board, Vancouver Parks & Recreation, and Instruments of Change.
+ Google Calendar+ iCal Export