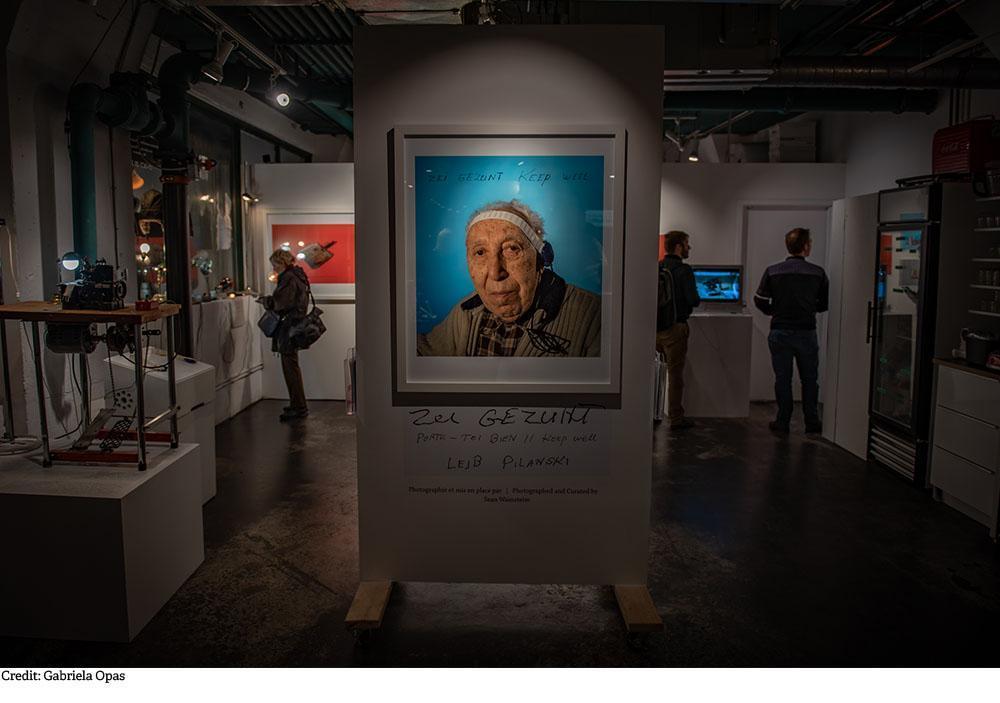 ZEI GEZUNT // PORTE-TOI BIEN // KEEP WELL is a cross-generational collaboration between Lejb Pilanski and his grandson Sean Wainsteim that tells the story of an immigrant for whom resourcefulness and an adaptable nature were necessary means of survival. His improvised household objects — at turns whimsical, practical, and emotional — are displayed alongside archival documents that map Lejb’s journey as a refugee following World War II,  from Eastern Europe to Montreal and finally Toronto, where he worked as a sweatshop tailor by day and tinkered in his workshop at night.

The exhibition bears an aesthetic echo of Duchamp’s readymades, but with the emotion and immediacy of a rediscovered family album.  Each piece is paired with a handwritten quote from Lejb, lending a sense of intimacy to each unique but oddly familiar object. As Sean describes, “[l]ike physical manifestations of his resourcefulness and emotional resilience, Lejb’s bold, honest creations are full of originality and joy, while never forgetting their past.”

Entrance to the exhibition is free. 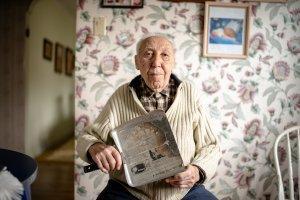 Lejb Pilanski, the son of a tailor and handy-man, was born in Poland in 1919. During World War Two, Lejb was in the Russian Army. His entire family perished. After the war, Lejb met Ester, his future wife. They were smuggled into France where they had a daughter. In 1950, they entered Canada through Montreal as Displaced Person Refugees.

At 99, Lejb still lives in the modest Toronto home he bought in the 1960s. A former sweatshop tailor, he constructed a sewing room and workshop in his basement. There he invents and innovates, turning used objects into unique creations. 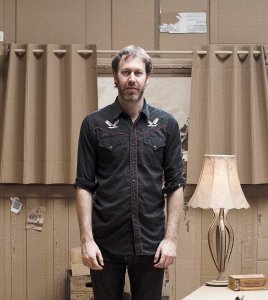 The proud grandson of Lejb Pilanski, Sean Wainsteim is an award winning filmmaker, writer and artist living in Toronto, Canada. A graduate of OCAD, Sean splits his time between commercial, documentary and personal film projects. Sean often uses magic-realism to explore the spaces between history and memory.

Sean’s commercial work can be found at www.seanwainsteim.com.

Sean began assembling ZEI GEZUNT // PORTE-TOI BIEN // KEEP WELL shortly after his grandmother Ester, Lejb’s wife, passed in January 2017. Sean tried to approach the creation and curation of the show in the same exploratory whimsical spirit he finds in his grandfather’s objects.

ZEI GEZUNT // PORTE-TOI BIEN // KEEP WELL inaugurates the Museum of Jewish Montreal’s 2018-2019 exhibition series Movements & Migrations. The series confronts local and global mobilities, whether physical, spiritual, ideological, or emotional. Where an exhibition is a story, this series creates space for visual narratives that explore displacement, transition, loss, and/or the (re)creation of belonging. Through Movement & Migrations, importance is placed on engaging with stories different than our own, but also recognizing ourselves in the stories of others – an increasingly important and necessary encounter in the current political climate.