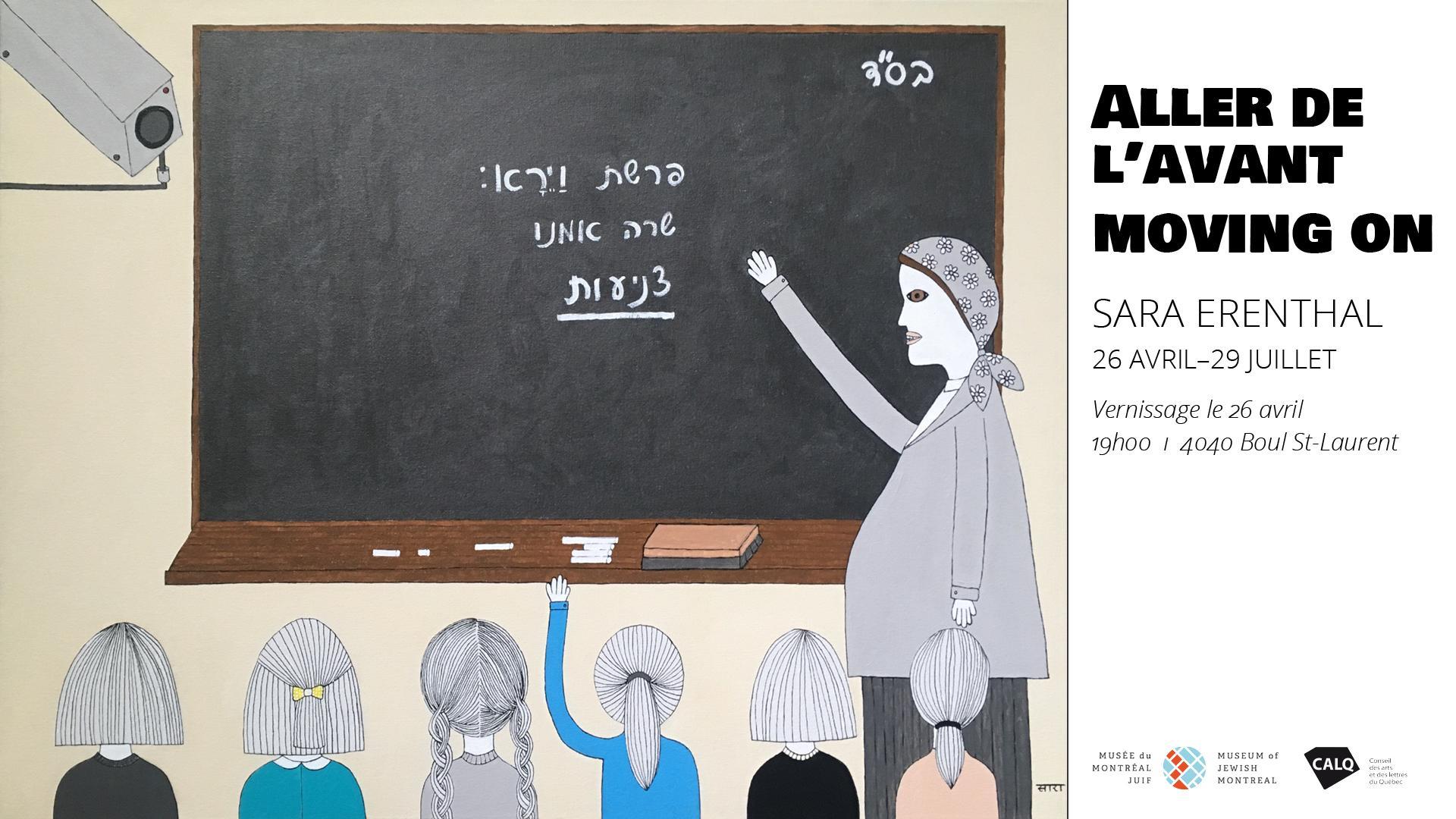 An autobiographical painting series which pulls viewers into a reflective narrative that maps the artist’s story leaving her ultra-Orthodox family and community at 17 to avoid an arranged marriage, her first years in the secular world, and her process of healing and self-discovery through art-making. Moving On | Aller de l’avant tells Erenthal’s story vignette-style – reminiscent of a wordless novel – through individual, powerful memories from different chapters of her life. Taken together, Moving On | Aller de l’avant weaves a narrative at turn heart-wrenching and uplifting – the works themselves a testament to the finding of her Purpose, the title of the final piece showing Erenthal painting her iconic watchful self-portraits.

Sara, named by ArtNet as #1 of 10 rising street artists of 2017, has a multi-disciplinary art practice which focuses on themes of displacement, survival, and liberation. Born into an ultra-Orthodox Jewish family, she left home at 17 to avoid an arranged marriage and has spent the next two decades creating art and traveling the world. She works across mediums such as painting, sculpting, and performance, often integrating everyday materials into her process. Outside her studio practice, Erenthal is also known for painting on discarded objects in the streets giving them a new life. Repurposing these objects into artworks has become an impulse as she ventures through cities. Erenthal’s work has been presented in solo and group exhibitions in New York and internationally, in addition to mural commissions and public art projects throughout New York City. For more information on Sara: https://www.saraerenthal.com/