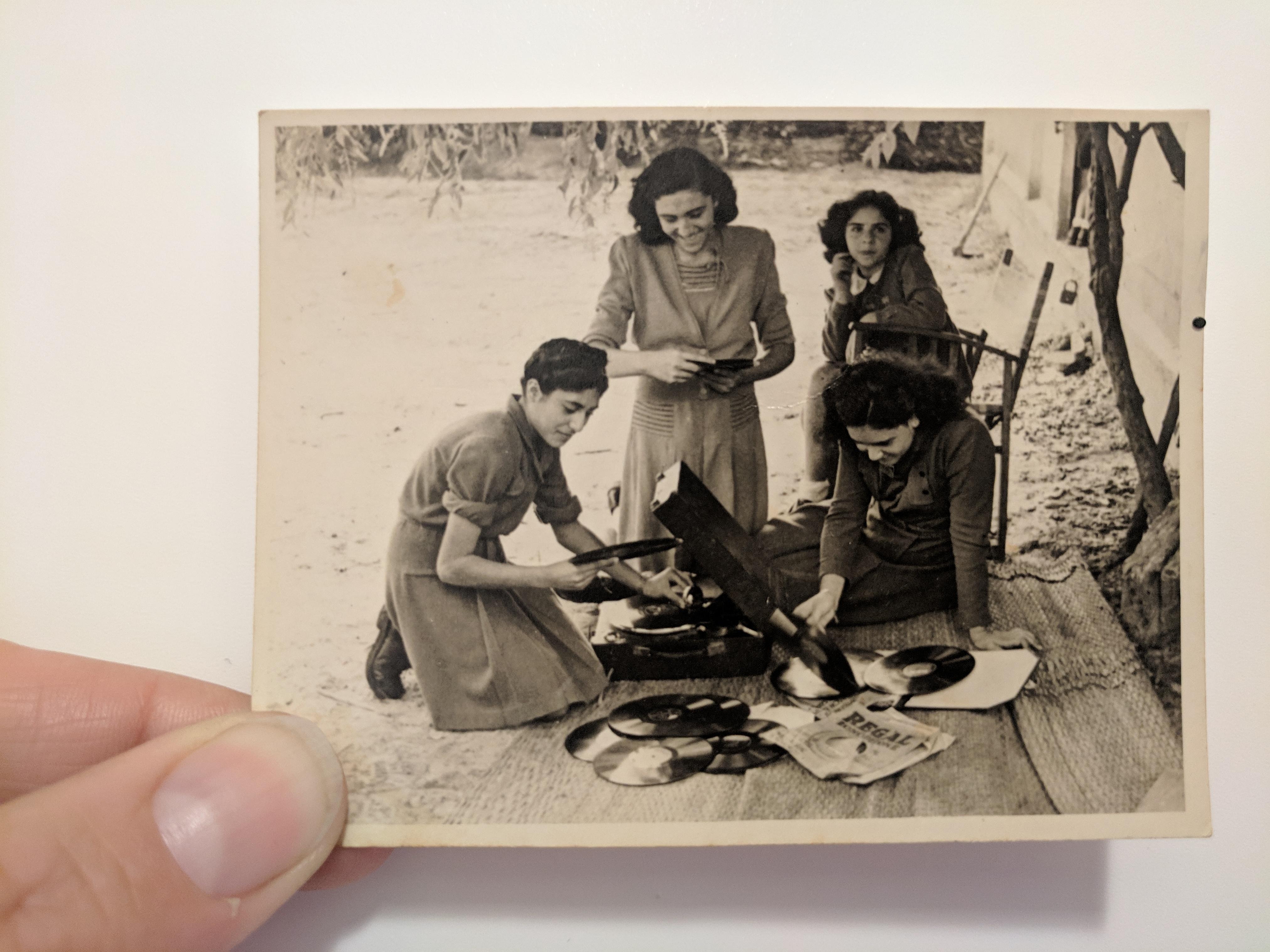 In conjunction with our upcoming exhibition, Iraqi Jewish Voices, Regine Basha will present her personal audio-visual archive of music and story-telling, recounting Jewish Baghdad’s music scene from the 1940s and the diasporic musical life of some of Baghdad’s last Jewish residents.

The presentation will be followed by live music from invited local musicians, who will be playing a repertoire of some popular Iraqi songs from the ’40s as well as other Middle Eastern favourites. Following the presentation, visitors will also have the chance to explore the Tuning Baghdad archive more closely on their own.

Iraqi tea and sweets will be served, and a cash bar will be open at Fletchers – Espace Culinaire.

Tickets are $15 and can be purchased in advance here: https://kiosk.eztix.co/kiosk-optimised/1260579. Spots are limited.

Doors open at 8 PM and the presentation will begin at 8:30 PM.

About Tuning Baghdad: Tuning Baghdad refers to Basha’s personal archive of home-movies, cassette tapes, written essays and audio-visual recordings that have been shared with the public in variety of presentation formats since 2006. The website features the last sessions of Iraqi-Jewish musicians like Abraham Salman, as well as vintage films of ‘chaglhi’ house parties and discussions about the history of the Iraqi music scene; the six-episode radio show shares popular and ceremonial music and includes interviews with current Iraqi Maqam musicians. The live presentations bring these elements together in an intimate setting and offers to connect the dots, often with a live music component. For more information, visit http://www.bashaprojects.com/broadcasts/tuning-baghdad.

About Regine Basha: For the past two decades, Regine Basha has been working as a contemporary art curator, writer, and educator in New York. From 1992- 1995 she was Director of the Saidye Bronfman Centre in Montreal. She lectures, writes and teaches, most recently in the Sound Art Program at Columbia University, New York. She holds degrees from New York University and from the Center for Curatorial Studies, Bard College. As the daughter of an Iraqi-Jewish emigré, Sol ‘Silman’ Basha, who played the oud and the kamanja at countless house parties in Montreal, Los Angeles, and New York, Regine (Gina) Basha is herself neither a musician nor a specialized ethnomusicologist, but considers herself a music enthusiast and witness to a community that blends Arabic and Jewish cultures.