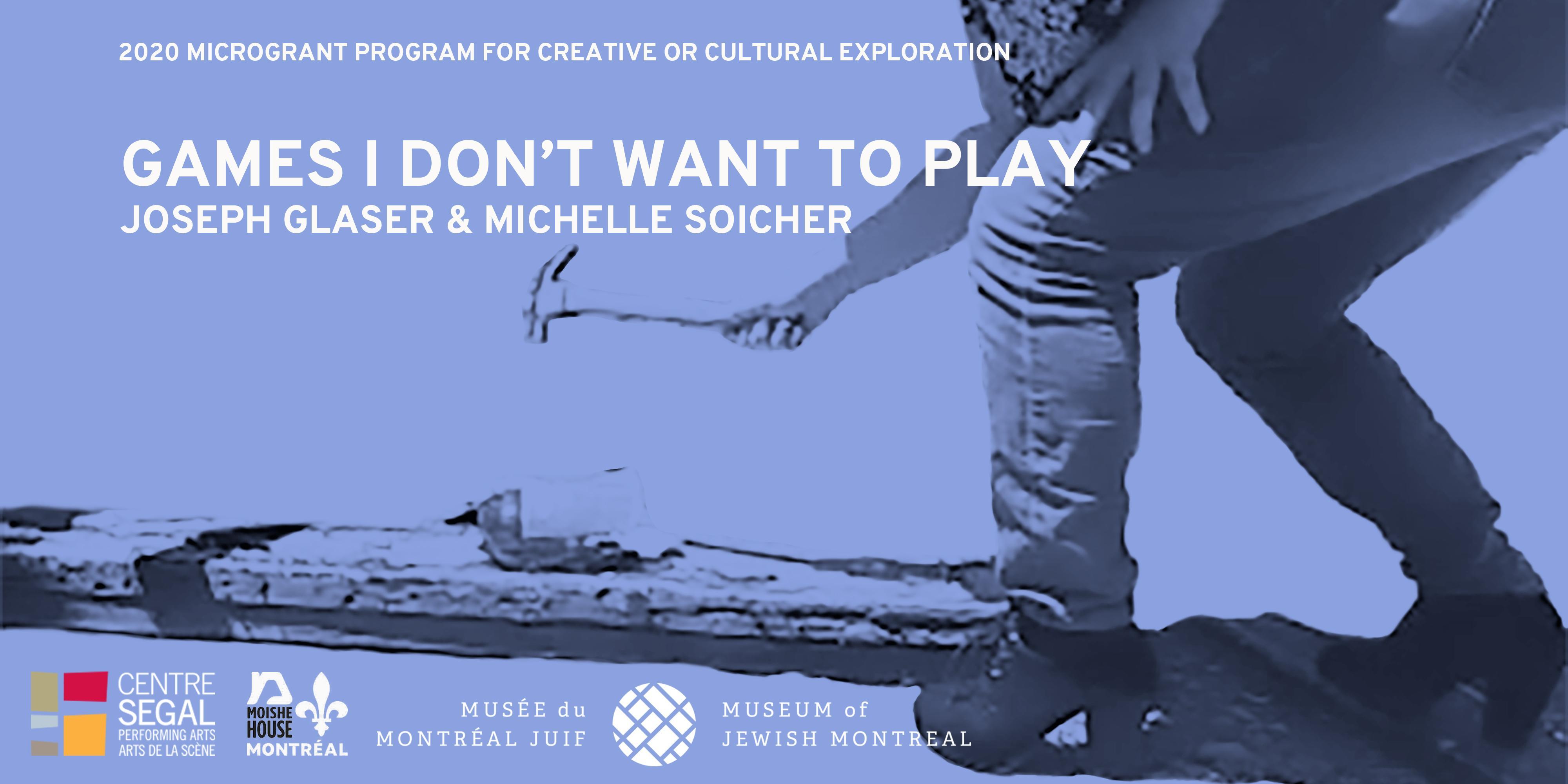 Michelle Soicher and Joseph Glaser invite you to join them for an evening of Jewish existential dread and fun to launch the start of their project Games I Don’t Want to Play: Horah Alone.

Michelle and Joseph have combined their theatre and music backgrounds to create Games I Don’t Want to Play, a celebration of millennial Jewish identity in all its contradictions. Horah Alone is one of the games we don’t want to play.

This work asks people to dance to the bar-mitzvah hit, the Cha-Cha Slide by DJ Casper, “ibergezezt un farbessert” (remixed and with new words by the artists). During the evening, the artists will discuss the piece and how it came about, followed by a short, filmed presentation of the work and a digital collective performance.

Games I Don’t Want to Play was initially devised with the support of the Jewish Arts Mentorship program at the Segal Centre for Performing Arts, and realized under the Museum of Jewish Montreal’s Microgrants for Creative or Cultural Exploration program.

This event is presented in partnership with Moishe House Montreal and the Segal Centre for Performing Arts.