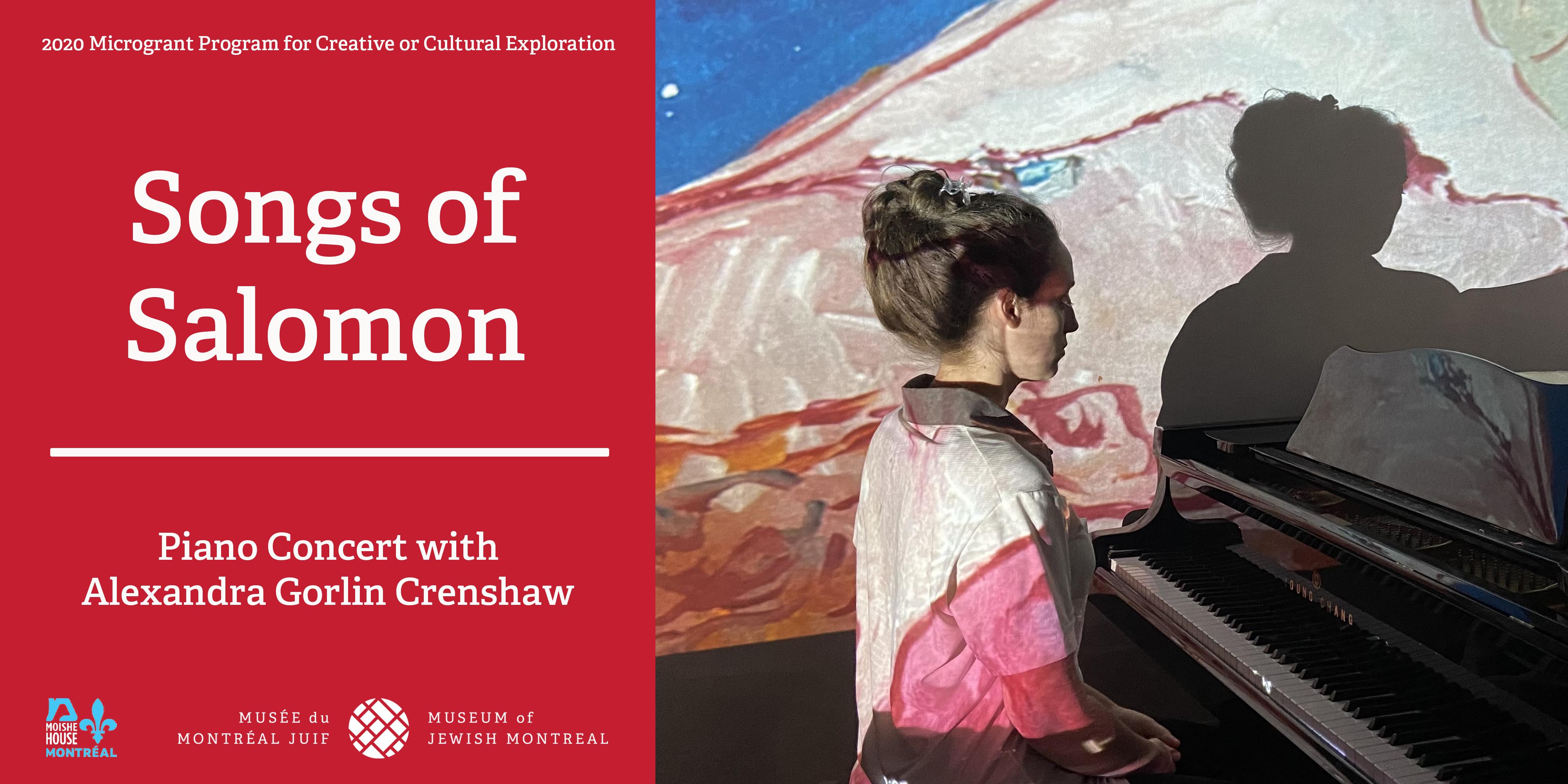 Please join us for Songs of Salomon, a multimedia performance by pianist/soprano Alexandra Gorlin-Crenshaw, based on the work of the German-Jewish painter, Charlotte Salomon

Charlotte Salomon was born in Berlin in 1917 and perished in Auschwitz in 1943. She became known only many years posthumously for her multidisciplinary work Leben? Oder Theater?–a narrative series of paintings, text, and music that she created between 1941-42 while she lived in hiding in the south of France. The work miraculously survived the war thanks to the care of a French doctor who later returned it to her remaining family.

Blurring borders of style and genre, Salomon juxtaposed her texts and paintings with opera arias, Schubert lieder, Yiddish folk songs, tangos, and popular melodies from 1920s Berlin, portraying the rich musical surroundings of the time, and revealing her personal tastes. Alexandra Gorlin-Crenshaw adds solo piano works and arrangements to the mix –along with a few new experiments– formulating her own re-imagining of Salomon’s musical mind.

The concert will begin at 6:30pm on Thursday, November 5th.

This first production of Songs of Salomon is possible thanks to support from the Banff Centre for the Arts and the Museum of Jewish Montreal’s Micro-grants for Creative and Cultural Exploration.

Donations made through eventbrite go towards supporting the Museum of Jewish Montreal, to donate to Alexandra directly, use the following link: https://paypal.me/agorlincrenshaw

Canadian-American pianist/soprano Alexandra Gorlin-Crenshaw holds performance degrees from Indiana University and the Conservatoire de musique de Montréal, where she studied with Jean-Louis Haguenauer and André Laplante. Her projects have included a performance of the Ravel Trio at Montreal’s Bourgie Hall with violinist Ewald Cheung and cellist Peter Wiley; Rachmaninoff works in the latest Intégrale pour piano in Sorel-Tracy, Schumann’s Dichterliebe with dancers; and the complete J.S. Bach Toccatas. She currently incorporates her singing voice into performances at the piano, exploring what kinds of vulnerability and honesty this practice can add to her work.